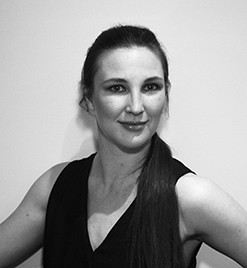 Following her desire to create interactive multimedia art with the program Isadora, Imogen began an artist residency in 2008 with Eramboo Artist Environment. In 2010, her multidisciplinary work Tyche appeared in the Sydney Fringe Festival as part of a triple bill called Three Steps Towards and was also performed at Eramboo for the Manly Arts Festival.

In 2014, she created/composed a public interactive sound installation entitled play, as the inaugural recipient of the Enliven Pittwater Artist Residency. Imogen had the opportunity to remount this work in 2016, both as part of a self initiated event entitled Syzygy at Eramboo and also during the festival Waste Not at The Joan.

As a new media artist, Imogen has collaborated on various multimedia projects including Vicki Van Hout’s critically acclaimed production Briwyant, which premiered in Sydney in 2011 and toured to Melbourne, Brisbane and Darwin in 2012. From 2014 - 15, Imogen collaborated as the composer and media artist for Cloé Fournier's full length work, Dining [Uns]-Table. Subsequently, she has continued to work with Cloe [F] Projects on numerous other works including I Wish You Were Here [Still] and Humanoid. Most recently, she collaborated with Sarah-Vyne Vassallo as the digital media artist for Murmuration’s production, Days Like These at The Joan (2018).